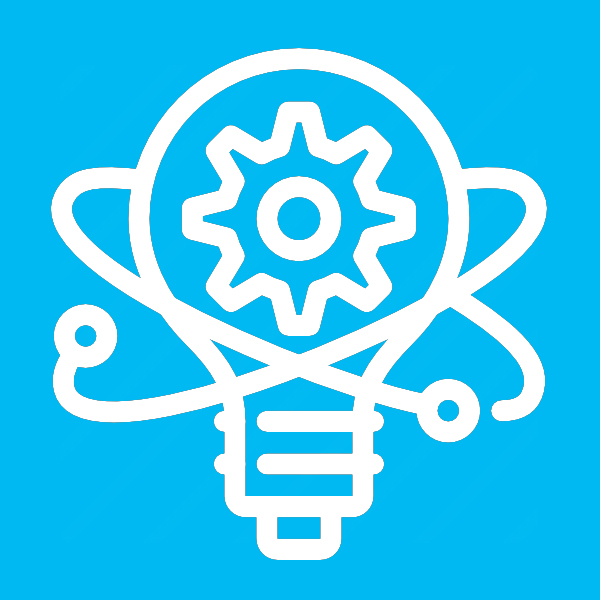 by Coordinators:
744 744 people viewed this event. 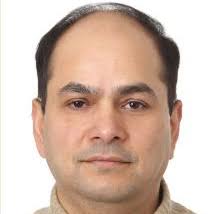 Dr. Gyanendra Prasad Joshi is an Assistant Professor at the Department of Computer Science and Engineering at Sejong University, South Korea. He worked at Case School of Engineering, Case Western Reserve University, Cleveland, OH from March 2018 to February 2019 as a visiting assistant professor. From March 2012 to February 2018, he worked as an assistant professor in the Department of Information and Communication Engineering at Yeungnam University, Gyeongsang buk–do, South Korea. In August 2017, he was appointed as an honorary ICT consultant at the Department of Information Technology, Ministry of Science and Technology, Government of Nepal. He received a PhD degree in information and communication engineering from Yeungnam University in February 2012. He worked in Minigate co. ltd., South Korea as an IT manager after he graduated from Ajou University in February 2007. He received KRF scholarship and ITSP scholarships from the Korean government for his MS and PhD studies, respectively. He received the best research paper presentation award in ICSEM-2020, Bangalore, India. He is a senior editor of the international journal of information communication technology and digital convergence (IJICTDC), an editorial board member of The Far East Journal of Electronics and Communications (FJEC), and JP Journal of Heat and Mass Transfer (JHMT). He served as a conference chair of INCT-2012, session chair of FTRA-AIM 2012, ICIDB-2015-2019, ICACCI-2016-2020, and committee member of many conferences. He successfully organized many conferences, including ICTMHC-2016, ICACCI-2015-2020, and ICIDB-2015-2019. He presented his research results in many conferences around the world. He has more than 70 research articles published in books, international journals, and international conferences as a first or corresponding author. His main research interests include UAV localization, MAC, and routing protocols for next-generation wireless networks, wireless sensor networks, cognitive radio networks, RFID systems, IoT, smart city, deep learning, and digital convergence.

Er. Ganesh Shah is a career politician and vivid advocate of Environment, Energy, Water, Sanitation, Science and Technology, with more than 40 years of experience. He is a standing committee Member of Nepal Community Party (NCP) and former Minister of Environment, Science and Technology, Nepal. He received Masters in Mechanical Engineering degree from People’s Friendship University, Moscow, Russia in 1974. He also has a very keen interest in knowledge-based digital economy. 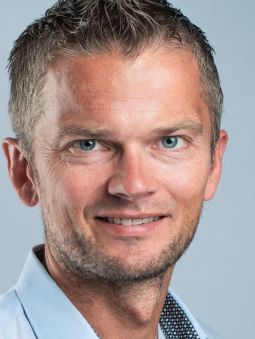 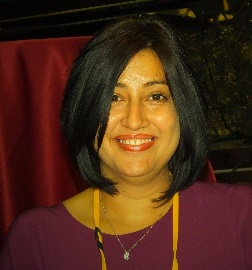 Dr. Pranita Upadhyaya is a Ph.D. in Computer engineering with over 23 years of experience in the field of ICT. Under her supervision, she has helped in establishing Information technology solutions in various sector of Nepal. She has strong technological, academic, and managerial experiences; be it in Government, semi-Government or in the private sector. She is well versed in implementing current trending information technology systems, making recommendations to enhance the system performance and productive management of software development. With her involvement in the academic sector for long, many students and institutions have benefited. Many students seek her favor in various projects which she relents as innovative research is her interest. She is a sought-out person as a speaker and as a panelist of various conferences. Besides, she is compassionate and works socially in alleviating the condition of children with disabilities. 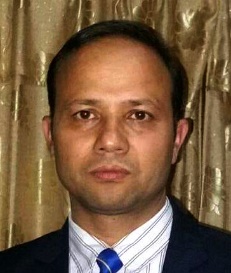 Mr. Dilliram Adhikari has completed B.E. in Electronics Engineering (054-058 Batch) and MSc in Information and Communication Engineering (059-061 Batch) from Institute of Engineering, Pulchowk, Tribhuvan University, Nepal. Currently, he has been working as Managing Director at Nepal Telecom, a state-owned company, since 2019. He has 18 years of work experience in Nepal Telecom in different positions (Engineer, Sr. Engineer, Deputy Manager, Manager, etc.) and various departments, scopes of works. He worked mainly in transmission, wireless networks, international carrier business. He participated in various overseas training on telecom systems and also participated in international conferences, workshops as delegates or resource person. He is a permanent residence of Chitwan, Nepal. 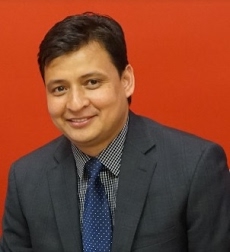 Prof. Dr. Danda B. Rawat is a Full Professor in the Department of Electrical Engineering & Computer Science (EECS), Founder and Director of the Howard University Data Science and Cybersecurity Center, Director of Cyber-security and Wireless Networking Innovations (CWiNs) Research Lab, Graduate Program Director of Howard-CS Graduate Programs and Director of Graduate Cybersecurity Certificate Program at Howard University, Washington, DC, USA. Dr. Rawat is engaged in research and teaching in the areas of cybersecurity, machine learning, big data analytics, and wireless networking for emerging networked systems including cyber-physical systems, Internet-of-Things, smart cities, software-defined systems, and vehicular networks. He has secured over $5 million in research funding from the US National Science Foundation, US Department of Homeland Security, Department of Energy, National Nuclear Security Administration (NNSA), US National Security Agency (NSA), DoD Research Labs, Industry (Microsoft, Intel, etc.) and private Foundations. Dr. Rawat is the recipient of the NSF CAREER Award in 2016, Department of Homeland Security (DHS) Scientific Leadership Award in 2017, ‘Researcher Exemplar Award 2019’ and ‘Graduate Faculty Exemplar Award 2019’ from Howard University, the US Air Force Research Laboratory (AFRL) Summer Faculty Visiting Fellowship in 2017, Outstanding Research Faculty Award (Award for Excellence in Scholarly Activity) 2015, the Best Paper Awards and Outstanding PhD Researcher Award in 2009. He has delivered over 20 Keynotes and invited speeches at international conferences and workshops. Dr. Rawat has published over 200 scientific/technical articles and 10 books. He has been serving as an Editor/Guest Editor for over 40 international journals. He has been in Organizing Committees for several IEEE flagship conferences such as IEEE INFOCOM, IEEE CNS, IEEE ICC, IEEE GLOBECOM, and so on. He served as a technical program committee (TPC) member for several international conferences. He served as a Vice-Chair of the Executive Committee of the IEEE Savannah Section from 2013 to 2017. Dr. Rawat is a Senior Member of IEEE and ACM, a member of ASEE and AAAS, and a Fellow of the Institution of Engineering and Technology (IET). 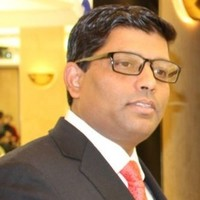 Dr. Rajeev Kanth received a Doctor of Science (D.Sc.) in Information and Communication Technology from the University of Turku, Finland, in 2013. He is currently an adjunct professor at the University of Turku and working as a Senior Lecturer at the Savonia University of Applied Sciences, Finland where he is focusing on teaching and research on the Industrial Internet of Things (IIoT). Previously, he has worked at the Indian Space Research Organization (ISRO), Ahmedabad India, Royal Institute of the Technology (KTH), Stockholm, Sweden, and the University of Turku (UTU), Finland, where he has been a Researcher, Post-doctoral Researcher, and the Senior Researcher, respectively. His current research interests include embedded electronics, image, and video analysis, the Internet of Things, Big Data Analytics, and Artificial Intelligence. He has published more than 55 scientific articles in the refereed journals and peer-reviewed conference proceedings. The societal impact of his research results indicates that over 200 citations, about ten thousands read, over ten keynote/invited speeches, technical program committee member of many scientific forums, and a PhD thesis reviewer for several international scholars. He has been a member of the IEEE communication society, IEEE cloud computing community, IEEE Earth Observation Community, and the green ICT community. 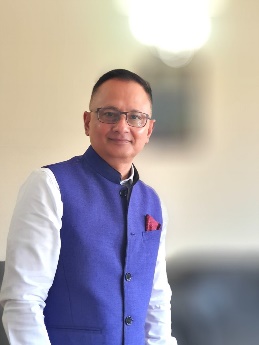 Dr. Rajib Subba, former Deputy Inspector General of Police, received his Ph.D. in Communication and Information Sc. from the University of Hawaii at Manoa, MBA from Kathmandu University, and Bachelor of Engineering degree from Karnataka University, India. He is currently working as a Visiting Faculty to three universities (Westcliff University-USA, University of Agder-Norway, and TU-Nepal). He teaches Organizational Leadership, Crisis Management, MIS, and Knowledge Management. Dr. Subba’s current research focuses on crisis informatics, cybersecurity, and application of ICTs for disaster management based on an interdisciplinary framework consisting of cognitive science, decision science, and organization science. He has several ICT research publications to his credit. He worked as Managing Editor of Nepal’s first ICT Journal and Coordinating Editor of Cyber Post, the IT feature page of The Kathmandu Post. Dr. Subba has more than six years of international work experience, including the United Nations Mission in Kosovo, Shidler College of Business USA, and International Trade Center-Geneva. His community involvement includes President of the Society of Nepalese in Hawaii; first Vice President, General Secretary and Secretary of Computer Association of Nepal; Vice President of Nepal Internet Users Group; and General Secretary of Society of Electronics and Communication Engineers, India. Dr. Subba, conferred with several prestigious national and international awards, medals, and recognitions, is a recipient of the NAST Award by the Nepal Academy of Science and Technology in 2015 and the Alumni Achievement Award 2016 by the Asia Pacific Center for Security Studies, a US-DOD agency based in Hawaii, USA.

Dr. Ved P. Kafle received a B.E. (Hons.) in electronics and electrical communications engineering from Punjab Engineering College, Chandigarh, India, an M.S. in computer science and engineering from Seoul National University, South Korea, and a Ph.D. in informatics from the Graduate University for Advanced Studies, Japan. He is currently a research manager at the National Institute of Information and Communications Technology (NICT), Tokyo, concurrently holding a visiting associate professor position at the University of Electro-Communications, Tokyo. He has been serving as a Co-Rapporteur of ITU-T Study Group 13 since 2014 and is an ITU-T SG13 Fellow. His research interests include new network architectures, 5G and beyond networks, the Internet of Things, network function virtualization, software-defined networking, service function chaining, network resource control and management, and machine learning, artificial intelligence, and network intelligence. He has published more than 100 papers in peer-reviewed journals, magazines, and conferences. He received the ITU Association of Japan’s Encouragement Award and Accomplishment Award in 2009 and 2017, respectively, for his active contribution to the standardization of next-generation and future network technologies, and three Best Paper Awards at the ITU Kaleidoscope Academic Conferences in 2009, 2014, and 2018. He is a life member of the Nepal Engineers Association (NEA), a member of Nepal Engineering Council, a senior member of IEEE, a member of IEICE. Mr. Samit Jana is a Chief Technical Officer at WorldLink Communications, one of the the largest Internet and Network Service Providers in Nepal. He worked over 17 years in Internet service provider infrastructure design and operations. He is a member board of directors of Nepal Internet Exchange, president of Nepal Network Operators Group and technical advisor of Internet Service Providers of Nepal.

To register for this event please visit the following URL: https://knowledge.nrna.org/register/ →