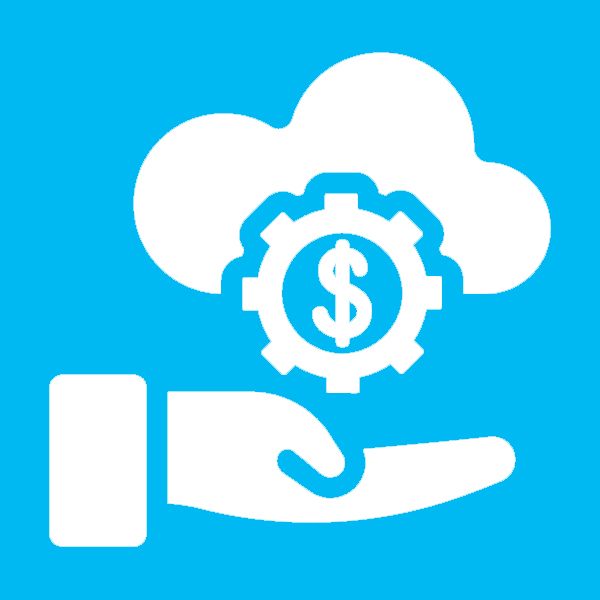 by Coordinators:
237 237 people viewed this event.

Financial technology (Fintech) seeks to improve delivery of financial services by utilizing advanced algorithms in electronic platforms such as cloud computing,personal computers and smartphones. Due to rapid growth of FinTech, government policies and users quick adoption, FinTech is penetrating deep into the financial markets of both developing and developed economies. Due to the lack of prompt regulatory initiatives from the government, the existence of large section of unbanked population and the predominantly cash-driven economy, Nepal is not catching up with the pace of FinTech adoption compared to other economies. This session will discuss the advantages and necessityof FinTech and digitization in multiple economic sectors, especially in the current context of economic slowdown brought by COVID-19 pandemic, and advise the Government to make swift upgrading in digital policies so as to create an attractive business environment for both domestic and foreign investors. 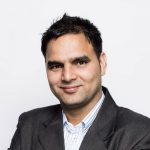 Mr  Lok Raj Sharma is a Social Entrepreneur, originally from Jumla, Nepal and working as an entrepreneur in several organizations. He has Masters Degree in International Business Management from De Montfort University in UK.

Currently, he is working as a board of director in Reewire International ApS which is a fintech company running in 16 countries. Besides that, he is operating International Trading IVS, Itoffer.dk and Woolliving.com in Denmark.

In Nepal, he is working as a Managing Director of Nepal Payment Solution Pvt. Ltd; which is a payment service operating (PSO) company with a strong vision of becoming a leading payment hub in Nepal. He is involved as a board of director in Builder 360 Nepal Pvt. Ltd; a construction and real estate company, board of director in Nepal investment fund Pvt. Ltd; founder and board of director of NRN Laghubitta Bittiya Sanstha Ltd. (D grade Bank), chairperson at Lower Mid Rawa Khola Hydropower Project Pvt. Ltd. He is also leading and representing Nepalese entrepreneur in Scandinavia and Asian region.

He is working as a chairperson for social entrepreneurship development committee in NRNA. He is a founder president of Ropni Youth Club, Nepal. 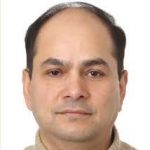 Dr. Gyanendra Prasad Joshi is an Assistant Professor at the Department of Computer Science and Engineering at Sejong University, South Korea. He worked at Case School of Engineering, Case Western Reserve University, Cleveland, OH from March 2018 to February 2019 as a visiting assistant professor. From March 2012 to February 2018, he worked as an assistant professor in the Department of Information and Communication Engineering at Yeungnam University, Gyeongsang buk–do, South Korea. In August 2017, he was appointed as an honorary ICT consultant at the Department of Information Technology, Ministry of Science and Technology, Government of Nepal. He received a PhD degree in information and communication engineering from Yeungnam University in February 2012. He worked in Minigate co. ltd., South Korea as an IT manager after he graduated from Ajou University in February 2007. He received KRF scholarship and ITSP scholarships from the Korean government for his MS and PhD studies, respectively. He received the best research paper presentation award in ICSEM-2020, Bangalore, India. He is a senior editor of the international journal of information communication technology and digital convergence (IJICTDC), an editorial board member of The Far East Journal of Electronics and Communications (FJEC), and JP Journal of Heat and Mass Transfer (JHMT). He served as a conference chair of INCT-2012, session chair of FTRA-AIM 2012, ICIDB-2015-2019, ICACCI-2016-2020, and committee member of many conferences. He successfully organized many conferences, including ICTMHC-2016, ICACCI-2015-2020, and ICIDB-2015-2019. He presented his research results in many conferences around the world. He has more than 70 research articles published in books, international journals, and international conferences as a first or corresponding author. His main research interests include UAV localization, MAC, and routing protocols for next-generation wireless networks, wireless sensor networks, cognitive radio networks, RFID systems, IoT, smart city, deep learning, and digital convergence.

MrSishir Dhungana is the Secretary at Ministry of Finance, Government of Nepal.

Bhuban Kadel is the learner as the Banker with total of 27 years of banking experience at senior most managerial position. He started his banking career with Nepal Bank Limited in 1993 till 2003. Then after, he is with Nepal Rastra Bank (The Central Bank of Nepal) and presently heads the Payment Systems Department, as Executive Director of Nepal Rastra Bank.

Bhuban Kadel has represented in the board of various institutions and has chaired to the board of Credit Information Center Limited (CICL) and of National Banking Institute (NBI). 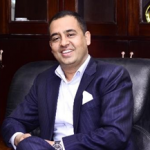 Mr Hem Raj Dhakal is a first generation serial entrepreneur of Nepal. He co-founded the IME Conglomerate along with his brother, Mr. Chandra Prasad Dhakal and played a pivotal role in institutionalizing the remittance business in Nepal. He had the vision to globalize the remittance services and expand the business in South Asia. This was in order to help the millions of migrants in the Middle East and Malaysia to send remittances home in the most efficient and cost effective way. This mechanism changed the dynamics of remittances in South Asia in general and Nepal in particular, where historically, it has been difficult to give financial access to all its citizens especially in areas outside the main cities. The widespread presence of IME payout locations has served the community as a whole by creating a much wider access network.

Mr. Dhakal is bestowed with an exhilarating sense of business acumen and has been the focal point in driving the scrupulous growth to IME Group of Companies. His strong leadership,  extensive experience in numerous associations, dynamism and humble nature has contributed to the achievement of the group. Today, IME Conglomerate consists of a number of companies with business interests in banking, remittance, digital finance, trading, IT, communications, energy, tourism, automobiles, insurance and infotainment and together has generated more than 13,850 jobs (including more than 3,850 direct and 10,000 indirect jobs). Mr. Dhakal lived in Malaysia for more than 15 years and established money service institutions in Malaysia, the UK, the USA and Japan. He took the IME Conglomerate to the global marketplace and successfully completed the merger & acquisition of a few companies that are listed in the NASDAQ Fortune 500 Companies.

It was Mr. Dhakal’s vision that contributed to evolving the family business into a corporate one where his team members now align with the group’s slogan Pioneering Spirit, the driving force of the team. His vision is to empower the youth by creating opportunities for them and making them the owners of the group. His team members not only work for the company, but also own it. The IME Conglomerate is promoting social entrepreneurship and has already announced startup funds to explore the business potential of Nepal and create opportunities for youth. In 2009, he co-founded the IME Foundation that conducts philanthropic activities. The IME Foundation has been building schools and it also has a tie up with the Nepal Children’s Organization “Bal Mandir” to provide full-fledged scholarships to Orphan children, many of whom have been granted scholarships and have been enrolled in schools through the IME Foundation.

Mr. Dhakal was born on 24 November 1975 in Baglung, a district in the western part of Nepal. He completed his school education in Baglung and moved to Kathmandu for his higher studies. Equipped with Masters in Business Studies from Tribhuvan University, Nepal and Entrepreneurial Master’s Program (EMP) from Massachusetts Institute of Technology (MIT), USA, Mr. Dhakal also attended the London Business School (LBS) Growth Forum, UK and completed Owner/President Management Program (OPM) from Harvard Business School, USA. He is the President of Nepal Malaysia Chamber of Commerce and Industry, Member of the National Council, Confederation of Nepalese Industries (CNI) and Executive Committee Member of Nepal India Chamber of Commerce and Industry (NICCI). Mr. Dhakal has had the award of Suprabal Janasewashree (Third) conferred on him by the Government of Nepal for his outstanding contribution to the Nation’s pride and benefit of the Nepali citizens.

He is married to Anjali Aryal and has two daughters, Nimisha and Shaivee. He loves to read novels, scholarly articles and is a good tennis player.

Mr Keshav Acharya is currently Senior Programme Adviser with EPI. He entered NRB in 1976 as Assistant Director and retired in 2008 as Executive Director of Economic Research Department. Acharya also worked as Senior Advisor to MoF several times, the last being 2009-2011. On secondment from NRB, Acharya also worked as Senior Advisor at the South East Asian Voting Group of IMF in Washington, D. C. during 2006-2008.

Acharya in the past has served as Chair and Member of the Board of Directors of various government enterprises, including ADBL, Regional Rural Bank, NEPSE, SEBON, and Deposit Insurance and Credit Guarantee Corporation. Currently Acharya Chairs the Board of National Microfinance Bank limited. He is also working as member of Transparency International Nepal.

Acharya is a Master of Economics from TU and University of the Philippines School of Economics; and M. SC. In Financial Studies from University of Strathclyde, Glasgow. Acharya’s research interest includes international trade and public debt.

With a bachelor’s and master’s degree in Sociology, Ms Swar has over seven years of professional work experience in the field of economic and social development. Having worked as research coordinator, junior consultant and program officer for various projects across the country, Ms Swar is currently serving as Project Coordinator for Economic Policy Incubator (EPI) project implemented by The Palladium Group.

Ms Swar has vast experience in working together and coordinating with government stakeholders at central level such as Ministry of Finance, Ministry of Industry, Commerce and Supplies, Nepal Rastra Bank and National Planning Commission to name a few. She has also assisted a team of MPs from Nepal for an exchange visit to the Parliament of Westminster in London, UK. Furthermore, Ms Swar has expertise in implementation of work at district and local level. She has conducted workshops and surveys in various provinces and has also effectively managed and coordinated a team of consultants from different parts of the country. 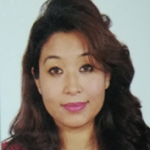 Shambhu Created the First Global Nepali IT Company- Blackhole IT having outpost in over 30 Countries. Shambhu has been appeared as a keynote speaker in “STARTUP THAILAND-2018”, and also as a speaker in Russia in 2019 in the topic “ASIA AS A MODERN CENTER OF POWER”. Pokharel has served as a speaker in UK, Germany, Australia, India and UAE as well. Shambhu Had gave his speech on the topic “GLOBAL ECONOMIC SHIFT” in CEO Club Network Worldwide Event in Last September in UAE.

Shambhu has been awarded as “SOULDIER OF PEN” from Newspapers Association of India in 2018, “GLOBAL STRATEGIC LEADERSHIP AWARD 2019” by Indo-malaysian Cultural Association in Kuala Lumpur, Malaysia in 2019. Shambhu was also awarded as “MOST AMBITIOUS CEO” Award by Ras Al Khaima Chamber of Commerce and CEO Club Network Worldwide in 2019.

Mr Dibas Neupane has strong knowledge of Information Technology with educational background of business administration as its backbone has contributed to development of his professional career as a skilled, efficient and energetic Manager of modern era.

Mr Neupane has association(1988-2018) with Nepal Rastra Bank enriched me multiple dimension of banking industry. It helped him to have clear understanding on monetary and foreign exchange policies, secure system of payment, regulate, inspect and supervise banking and financial system.

Mr Neupane has association with National Statistical Institute as President(past) and Trust Research as President(present) has developed capacity to lead the business and social science research projects from Government of Nepal, UNICEF and non-government organization using technology and applied statistics.

Mr Neupane has association with TrustBiz has mounted my skill and experience consulting on IT enabled projects, securing information assets and critical equipment from wide range of attacks and conducting national and international capacity development programs.