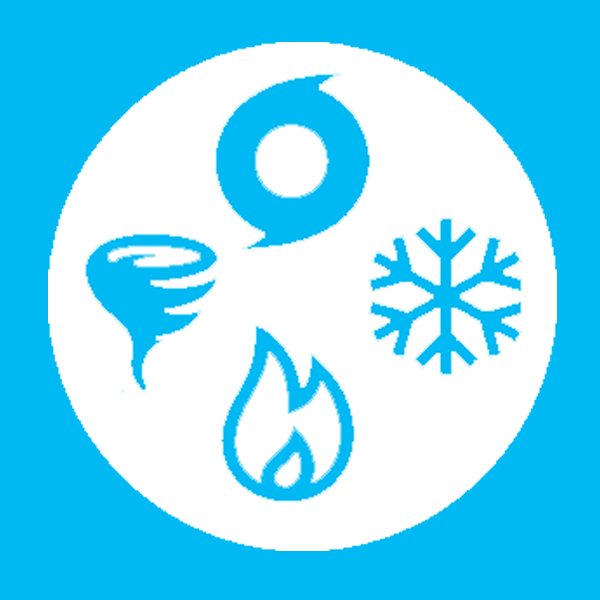 Nepal has been facing challenges of COVID-19 pandemic which has created one of the unique situations in our lifetime. The country has been fortunate to have reported a little over 10 thousand sporadic cases with a couple of dozen lives lost by 5 months after the first case reported (June 25), when the global confirmed cases had surpassed nine million and the loss of lives inching closer to half a million. The country had most opportune time to learn from the experiences of full-fledged pandemic crises in other countries to restructure its public health system for fighting against any potentially devastating contagion or natural disaster. The most ideal preparedness for a developing country like Nepal would be to have an integrated plan in place to form a permanent organizational structure to collate and mobilize resources, implement well planned programs and projects, and evaluate the outcomes and impacts on global Nepali community. The purpose of this plenary session is to carry out assessment of public health response to the current pandemic crisis as a case to learn the lessons from, in order to envision and put in place a fully functional structure of public health system in the face of future pandemic crises or natural disasters. 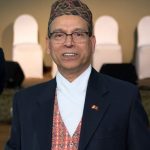 Dr Drona Rasali is Director, Population Health Surveillance & Epidemiology at the British Columbia Government’s Provincial Health Services Authority in Canada since 2012. He served as Provincial Chronic Disease Epidemiologist with the Saskatchewan Government Ministry of Health from 2005 to 2012. He served as Government Veterinarian/ Senior Scientist in Nepal between 1980 and 1999. He has been an Adjunct Professor at the University of British Columbia since July 2020 and at the University of Regina from 2009 to 2019. He is currently the chair of Canadian Alliance for Regional Risk Factor Surveillance (CARRFS). He earned his PhD from the University of Manitoba, Canada. He is widely published in wide range of fields including public health, animal genetics, veterinary and life sciences.

Dr. Rasali was elected as the Deputy Regional Coordinator (Americas) in the Non-Resident Nepali Association International Coordination Committee (NRNA-ICC), 2009-1011 and also was the Advisor to the NRNA-ICC, 2011-2013. 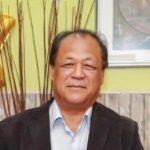 Dr. Puru Shrestha is CEO and President of Geominmet Consultant Inc. Puru had over 40 years of global mining experience including 3 years in Nepal with GoN, 6 years with United Nation and UNESCO and over 25 years with BHP, a largest global mining house in the world. Puru had graduate and post graduate education in Nepal, UK and USA respectively. 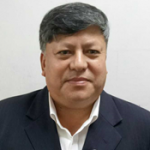 Dr. Gangalal Tuladhar is former Education Minister of Nepal and a disaster risk reduction expert. He is a political leader in Nepal and a researcher in the field of evidenc based policy making and disaster risk reduction and management (DRRM) for more than 20 years. He was a Honorary Research Fellow at the School of Health and Related Research (SCHARR) at Sheffield University, UK, Visiting Fellow at Bournemouth University, UK, Visiting Professor at Kagasawa University, Japan and Visiting Professor for Ehime University, in Japan. Accredited by Doctoral degree in Disaster Risk Reduction, Master’s degree in Arts in Sociology, rural development, and Master’s degree in science in regional development planning and management. He is the founder chairman of the Himalayan Conservation Group, Nepal. Previsously, a Member of Parliament, and served as Minister of Education, Science & Technology, and Local Development. His major research interest includes disaster risk reduction and management, evidence synthesis, policy and politics. He spearheads a loosely voluntary forum of parliamentarians aptly named National Campaign for Disaster Risk Reduction (NC for DRR) to get and endorsement of Disaster Risk Reduction and Management Act 2017 from the Parliament of Nepal.

Dr. Sudha Sharma is Former Secretary of the Ministry of Health and Population, Nepal. She a public health expert, an obstetrician gynecologist with major experiences in Policy, Governance, Health Systems and Quality of Health Care.

She has served as advisor to various UN agencies, WHO and international NGOs. and held important positions including Professor and Director of Paropakar  Maternity  and Women’s Hospital, Kathmandu.

More recently she served as Chief of Health and Nutrition in UNICEF Tanzania and Chair of the Development Partners Group and contributed to develop Health Sector Strategic Plan, National Nutrition Strategy, Big Results Now initiative and Investment case for GFF, among many others.

She is working as Co-Director in CIWEC Hospital and Travel Medicine Center, and is also working as a consultant for Health Policy and Programme areas. 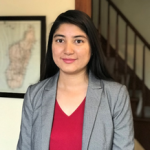 Dr. Archana Shrestha is Associate Professor, Department of Public Health, Kathmandu University School of Medical Sciences, Dhulikhel, Nepal. He holds the position of Assistant Professor Adjunct at the Department of Chronic Disease Epidemiology, Center of Methods for Implementation and Prevention Science, Yale School of Public Health, New Haven, USA. She also is the Director at the Institute for Implementation Science and Health, Kathmandu, Nepal. 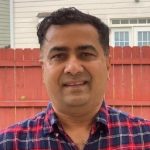 Dr. Sanjeeb Sapkota is a Medical Epidemiologist and has been working for public health for the past 20 years. After graduating from Tribhuwan University as a medical doctor, he worked in World Health Organization (WHO) for several years, and since then has been working in a number of other public health agencies including Georgia Department of Public Health. He has been the president of several national and international organizations and has served as a consultant to ministry of health of several countries in Europe, Africa and Asia. He has published several books including on pandemic. Currently he is the chair of the Health Committee of Non-Resident Nepal Association. He lives with his wife and two sons in Atlanta, in the United States. 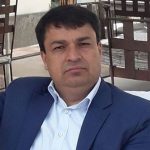 Dr. Badri K.C is current Vice President and head of Foreign Employment and welfare of NRNs department of NRNA international Coordination Committee. He served as General Secretary from 2015-2019, Treasurer 2013-2015, International Coordination Committee member from 2009-2013 in NRNA. He also had served as General Secretary of NRNA NCC Russia from 2007-2009. He is member of NRNA from it’s inception. He is also current Vice President of Russia Nepal Friendship Association.

Dr. K.C. is originally from Pharping, Kathmandu Nepal and living in Russia for 30 years. He was involved in many socio economical projects of NRNA. He is General Director of Nepal House in Russia, NRNA initiated project to promote Nepali culture and business. He is Logistic head of COVID 19 response team from NRNA. He was also involved as head of logistic team during the Earthquake Relief response from NRNA in 2015 and involved in many other disaster responses like flooding, firing etc. from NRNA in Nepal. 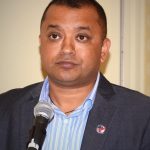 Hon Gagan Thapa is a Nepali politician and youth leader who served as the Minister of Health and Population of Nepal from 2016 to 2017. He is currently serving as a Member of Parliament in the House of Representatives, Nepal from Kathmandu since 2008, and is currently in its Parliamentary Committee on Education and Health. He is a Central Committee Member of the Nepal Congress Party.

Thapa earned M.A. degree in Sociology from Tribhuvan University in 2003. Coming from background of student politics during the pro-democracy movement, he was declared a Prisoner of Conscience by Amnesty International in 2005, following his arrest on charges of treason. In 2008, he became a Member of the First Constitutional Assembly, and in 2010 became a Central Committee Member of the Nepal Congress Party. He won again in 2013 as a Member of the Second Constitutional Assembly following the failure of the first assembly to promulgate a constitution, serving as the Health Minister from 2016-2017 under the Congress-Maoist government.

Thapa is a popular young leader and is widely renowned for his oratory and eloquence. He is a Young Global Leader of the World Economic Forum. He has contributed to – and is also the subject of – many articles in publications including The New York Times, The Lancet, World Economic Forum, Harvard Politics, China Dialogue, Kathmandu Post, The Himalayan Times, and Nepali Times. 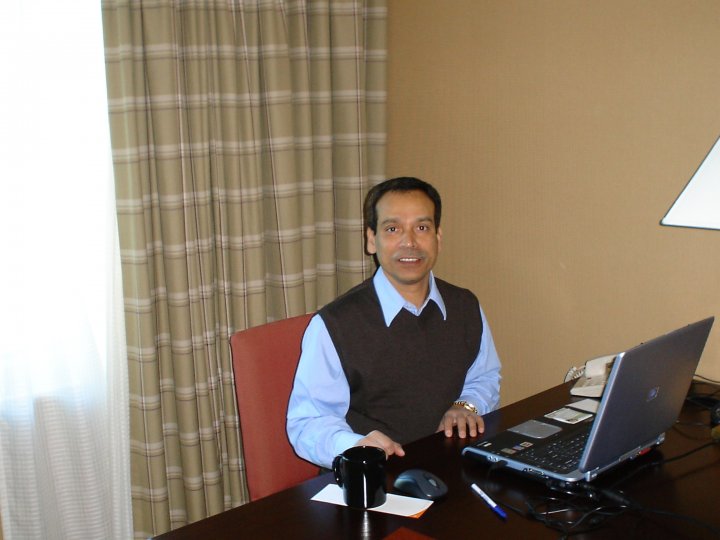 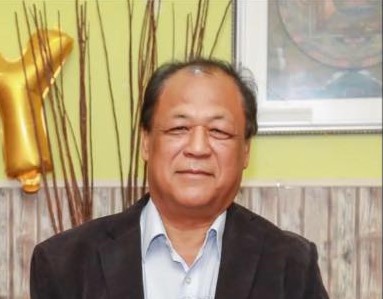