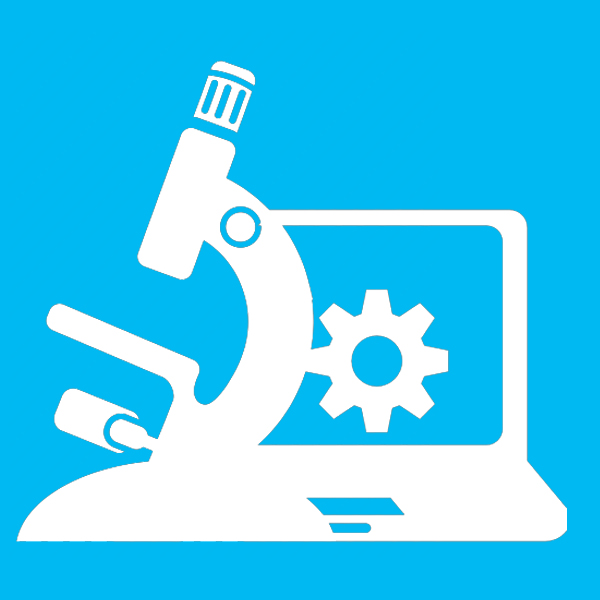 Discussions in this plenary session comprise three key aspects: Nepal’s Science, Technology and Innovation (STI) policy, existing environment of doing scientific research in Nepal and excellence in Science. The plenary speakers will not only highlight the current policies and practices in STI in Nepal but also provide insights on fostering excellence in science. Government of Nepal promulgated STI policy in 2019. It has incorporated many aspects for mainstreaming STI for national capacity building and overall prosperity. The proposed plenary will present the audience a comprehensive picture of the opportunities explored in the policy document, possible challenges of its implementation,and collaborative role of Non-Resident Nepalese diaspora for knowledge sharing, technology transfer, and overall capacity building of Nepali STI sector. In recent times, there is a small trend of returning of Nepalese scientists in Nepal from overseas and these returnees are conducting research through startups. Speakers will share their knowledge and experience on the barriers and enablers of doing science and research existed in Nepal. Like socioeconomic sectors, Nepal’s STI is also lagging behind while Nepalese scientific diaspora communities are doing excellent world-class science. In this context, the plenary session will discuss on fostering best practices and excellence in science in Nepal and the role of diaspora communities in enhancing science excellence in Nepal. 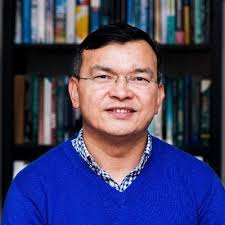 Dr. Uttam Babu Shrestha  is the founding director of the Global Institute for Interdisciplinary Studies, Nepal. He earlier worked as a faculty member at the University of Southern Queensland, Australia. He has completed PhD in Environmental Science from the University of Massachusetts Boston, USA. He has received 7 international awards, 10 research grants and published ~60 peer reviewed papers including Science and Nature, a book, and hundreds of op-eds. He was a member of the Global Young Academy Biodiversity and Ecosystem Services (IPBES) from 2016-2019 and is a lead author for the assessments of sustainable use of wild species at IPBES from 2018 – 2021. 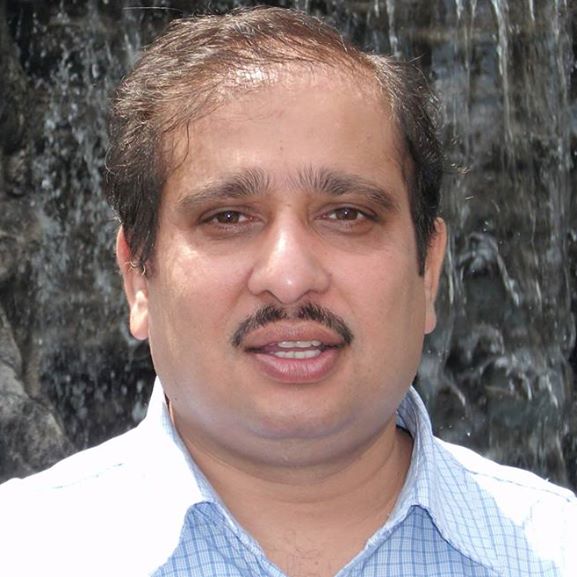 Dr. Suresh Kumar Dhungel works at Nepal Academy of Science and Technology (NAST) as Senior Scientist. He holds a Master’s degree in Physics from TU, Nepal and Ph.D. in Engineering from Sungkyunkwan University, South Korea. His field of research varies from design and fabrication of solar cells to synthesis, characterization and application of nanomaterials in optoelectronic devices. He received Award from the President of the Sungkyunkwan University of South Korea for Academic Excellence in Ph.D. He is also the recipient of Mohandhoj Basnet Prabidhi Pragya Puraskar in 2007. He has co-authored 35 research articles in SCI journals. He led Faculty of Technology of NAST as the Chief of Faculty for 2 years.

Dr. Sanjay Sharma (Session Chair) is Secretary to Government of Nepal for Education, Science and Technology. Dr. Sharma specializes in hydraulic engineering. He received his PhD in Civil and Environmental Engineering in 2003 from the University of California Davis. Prior to attending UC Davis, he obtained a Master’s Degree in Engineering from the University of Roorkee, now IIT Roorkee, where he was awarded Chancellor’s Gold Medal. 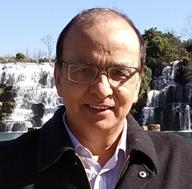 Dr. Dinesh Raj Bhuju (Keynote Speaker) is a research scientist and a teacher. He was the coordinator of the draft committee of Nepal’s National STI Policy 2019. Currently, he leads a graduate program of international cooperation and development under Mid-western University. An UNCATD Fellow, he is also a visiting professor at universities in Nepal, China, and Italy. During his tenure at NAST, he led Science Faculty, and Promotion Division. He did PhD (Ecology) from Chiba University, Japan. He is the leading crusader for science popularization and institutionalization of scientific culture in Nepali society. 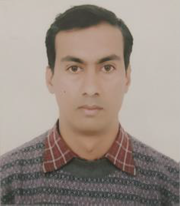 Ram Chandra Poudel (Invited Speaker) is a Senior Scientific Officer at Nepal Academy of Science and Technology. Biogeography, Phylogeny and DNA Barcoding of Himalayan flora and fauna have been focus of his research. His Landmark work is the Conservation Genetics of the three species of Yews distributed along Hindu-Kush Himalaya Region. Trained in Biodiversity conservation and Molecular Phylogeny, his diverse research areas include DNA Barcoding, Conservation Genetics, Himalayan Biogeography, Biodiversity Assessment, and NTFPs Documentation, Sustainable Utilization and Value addition. He has published around two dozens of peer-reviewed paper on national and international journals and had received the Darwin Initiative and Third World Academy Award. 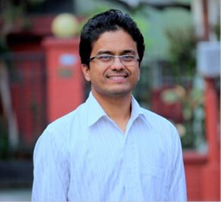 Dr. Basant Giri (Invited Speaker) received BSc and MSc in chemistry from Tribhuvan University, Kathmandu, Nepal, and a second MS degree from the Oregon State University, Corvallis, USA. He completed his PhD degree from the University of Wyoming, Laramie, USA. He co-founded a research center – Kathmandu Institute of Applied Sciences (KIAS) and currently works as a senior scientist at KIAS. His research interests include development of new technologies appropriate in resource-limited settings and science policy. He has several years of teaching experience in high school, undergraduate, and graduate levels in Nepal and USA as a faculty and teaching assistant, respectively. Dr. Giri has authored/co-authored several peer-reviewed research articles and two books. 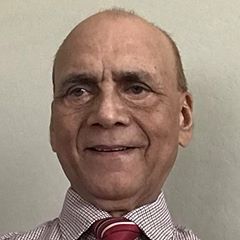 Dr. Ambika Prasad Adhikari (Panel Speaker) DDes is a Principal Planner at City of Tempe, AZ, USA heading its long-range planning division. He is also a Sr. Sustainability Scientist and frequent Faculty Associate at Arizona State University (ASU). At ASU, Dr. Adhikari earlier held the positions of Research Professor at the School of Geographical Science and Urban Planning (2014-16), and Program and Portfolio Manager (2012-16). He was the Director of International Programs at DPRA Inc. in Toronto and Washington DC. His work included providing consulting services to various international projects funded by the World Bank, North American Development Bank, and Canadian International Development Agency (CIDA). In Nepal, he was Associate Professor (Reader) at Institute of Engineering, Tribhuvan University, and later, Country Representative of IUCN (International Union of Conservation of Nature). He is a Fellow of American Society of Nepalese Engineers, Member of American Institute of Certified Planners, a certified LEED (Leadership in Energy and Environmental Design) Accredited Professional, and Project Management Professional (PMP). He received Doctor of Design degree from Harvard University and Master of Architecture from the University of Hawaii. He was a Fellow at Special Program for Urban and Regional Studies (SPURS) at Massachusetts Institute of Technology. Dr. Adhikari has authored one, and co-edited five books related to planning, environment and development. He has published several journal articles, reports and write ups in newspapers. He has professional experience in more than a dozen countries. He is active in many community organizations in North America and globally. 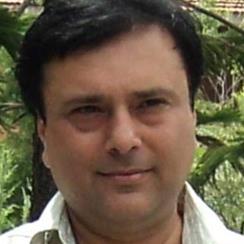 Prof. Dr. Binil Aryal ( Panel Speaker) is the Professor and Head of the Central Department of Physics, Tribhuvan University (TU), Nepal. He is a senator of Tribhuvan University (TU) assembly, member of Academic Council of TU and standing committee member of the Faculty Board, IoST, TU. Aryal served as the chairperson of the working committee which drafted the ‘structure of four years B.Sc. system’ of TU.He has been working in the field of Galaxy orientation and Evolution. He has supervised several Ph.D. and M.Sc. students. He is a game changer in terms of creating environment to do Ph.D. in Physics from TU. He did his PhD and the post Doctorate from Institute of Astrophysics, Innsbruck University, Austria in 2002 and 2005, respectively. He was awarded with ‘Mahendra Bidhya Bhushan ka’ by the late king for securing highest score in the M.Sc. (Physics) Examination. He received ‘Third World Academy Award (TWAS)’ for his Ph.D. work. 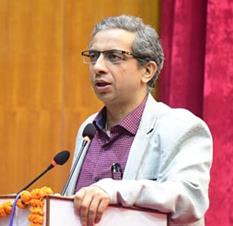 Prof. Dr. Bal Chandra Luitel( Panel Speaker) Dr. Bal Chandra Luitel is a Professor of Mathematics Education and senate member of Kathmandu University (KU). He did his M.Ed. in Mathematics with Distinction from TU in 1998, Nepal, and Ph.D. in Mathematics education with Chancellor Commendation from Curtin University, Australia in 2009. He received various awards including Young Scientist Award in 2012. He led a number of external research funding (20 so far) and supervised 17 PhDs to the completion. Apart from KU, he has also taught in Curtin University (Australia), and University of Evora (Portugal). He is also a prominent leader of STEAM education in Nepal. 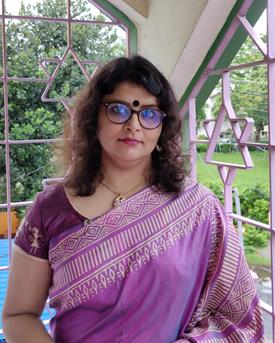 Dr. Anindita Bhadra (Panel Speaker) is a behavioral biologist, working with free-ranging (stray) dogs in India. She is an Associate Professor at the Department of Biological Sciences and Associate Dean of International Relations and Outreach at the Indian Institute of Science Education and Research Kolkata, India. She is actively involved in science education and outreach.Dr. Bhadra was involved in the founding of the Indian National Young Academy of Science (INYAS), where she served as the Founding Chairperson for three years, from 2015.She is currently a Co-Chair of the Global Young academy. She is the recipient of INSA Young Scientist award in 2009, SERB Women Excellence award in 2013, and IAP Young Scientist award in 2015. 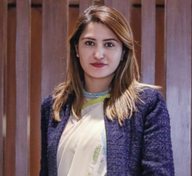 Dr. Prativa Pandey (Panel Speaker), Founder/CEO of Catalyst Technology and Herveda Botanicals, is a researcher and a science entrepreneur. Her research is focused on the value addition of Medicinal and Aromatic Plants (MAPs) of Nepal. She completed her MS/Ph.D. in Chemistry from Northwestern University (2013) and Management Certificate from the Kellogg School of Management (2011), USA. She has published several research reports, articles, and holds three US patents. She is a member of Board of Trustees of Gandaki University and also a member of STI Policy Promotion and Implementation Council. She received prestigious UNESCO-OWSD Early Career Fellowship 2019 and NAST-NABIL Science and Technology Award 2019 in recognition of her leadership and excellence in STEM. 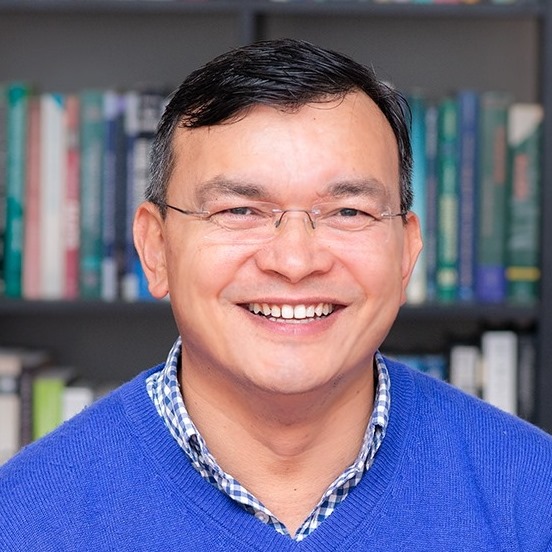