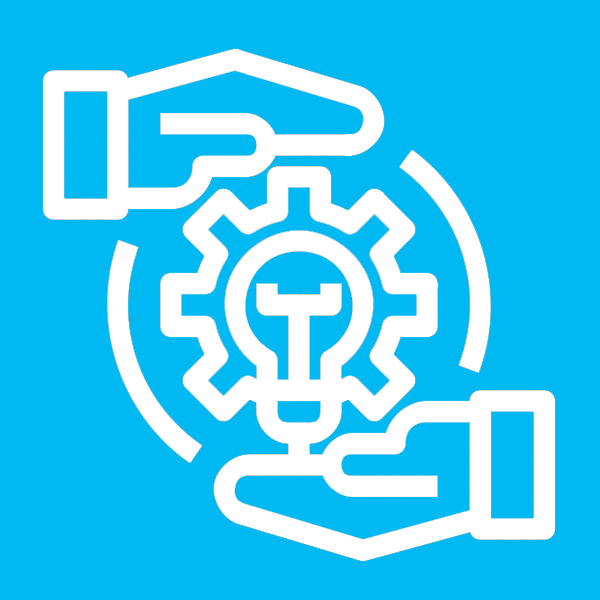 Research, Innovation & Commercialization plenary session will cover a range of topics aligned with to the federal government’s strategic policies and programs on Science and Technology for knowledge-based economy, and their implementation in the current three levels of government structure. The session aims to cover areas on research, innovations, startups, technology transfer, product development and commercialization. The presentations and deliberations will also focus on federal funding and grants to research enterprises and startups, intellectual property, strategic partnership between public research institutions, universities, and industries, inter disciplinary collaborative approach and linkages locally and globally. The session will put emphasis on innovations of the indigenous technologies and products. 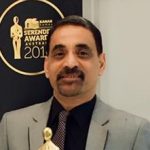 Dr Raju Adhikari has 28 years of R&D experience in numerous research projects at the Commonwealth Scientific and Industrial Research Organisation (CSIRO) and working with biomedical start-up companies in Australia.   He is one of the coinventors of Elast-EonTM  and NovoSorbTM biomedical platform technologies and an inventor of Sprayable bio-degradable polymer technology (Transpirational and SynFert) for Agriculture application.  He holds an Adjunct A/ Professor at the School of Science, RMIT University in Melbourne and is the director of start-up company CRAM-Responsive Materials Pty Ltd. He has published 6 books chapters, over 100 papers in high impact peer reviewed journals and owns 28 patents (h index 37, Citation > 6700).

Dr Adhikari received his PhD from University of Delhi in 1986 and did post-doctoral work at CSIRO Division of Chemicals and Polymers, Australia in 1991 and University of Hohenheim 1993.

Dr Adhikari had worked in Nepal as Chief of Central Research Laboratory (CRL) from 1987-1991 and was the Vice president of Nepal Chemical Society 1990-1991. He is the Member Secretary of Science Knowledge and Technology Transfer Department (SK&TT) and Chair of Nepal Science Foundation Trust (NSFT), NRNA. 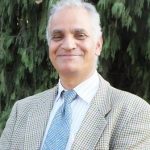 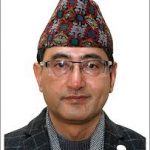 A former member of National Planning Commission, Nepal (2009, 2015-2018) and served with different portfolio viz: Housing and Urban Development, Water Supply and Sanitation, Science and Technology, Local Development and Federal Affairs and Public Private Partnership; more than 20 years experiences, working in different organizations (Private, Government and Non-government) in various professional and administrative capacities, in national and international level. He served as a member of Task Force formed by Ministry of Education, Science and Technology, Government of Nepal to draft policy on Technical & Vocational Education and Skill Development (TVESD) and National Qualification Framework in 2018.

He received Master Degree in Urban Planning from Tribhuvan University (TU) and Doctor of Engineering on “Environmental Development Engineering” in 2004 from Osaka Sangyo University (OSU), Japan. He was trained from different Institutes abroad – the Netherland, Israel, USA, Thailand etc.

He is author of a book “A Sustainable City Planning Methodology for 21st Century (Concept of Food Green City)” He has published two books on literature:  Samjhana Bagaicha (Memory Garden), a collection of memory description of Japan and Bhawana as Taswirharu (Emotional Portrait), a collection of poems. He has many articles published in the field of Sustainable Urban Development and Planning, Environment, Climate Change, Solid Waste Management, Housing, Public Private Partnership, Green Economy, Food Green City and Cooperatives.

He is the Fellow Member of Nepal Engineers’ Association (NEA), and life member of Regional and Urban Planners’ Society of Nepal (RUPSON), Nepal, PhD. Association (NPA), Nepal GIS Society (NGIS) and Nepal Council of World Affairs (NCWA). He is an expert member of Nepal Forum for Environmental Journalists (NEFEJ) and Editor In-chief of Nepal Journal of Science and Technology.

Dipak Gyawali is Academician, Nepal Academy of Science and Technology and Former Minister of Water Resources of Nepal. A hydroelectric power engineer and a political economist, his research focuses on the interface between technology and society as related to water, energy and natural resources issues using the Cultural Theory lens. He has been a visiting professor, research scholar and member of many international bodies, including currently International Institute for Applied Systems Analysis (IIASA/Vienna) and University of Sussex’s STEPs Center. His latest publications are: Gyawali, D., Michael, T. & Verweij, M. (eds) 2017. Aid, Technology and Development: the lessons from Nepal, Routledge/EARTHSCAN & Allouche, J., Middleton, C. and Gyawali, D. (2019) Water-Food-Energy Nexus: Power, Politics and Justice, Routledge/EARTHSCAN.

Dr. Pramod Poudel works as a Director of Research Division at the University Grants Commission (UGC), Government of Nepal. He completed his PhD in Biotechnology (Applied Molecular Microbiology and Biomass Chemistry) from the Kyushu University, Fukuoka, Japan in 2015. Currently, he has been leading several national-level research projects on bioremediation, composting and traditional fermented foods in Nepal. He is also the visiting faculty at the Department of Biotechnology, TU. He has been nominated as a biotechnology expert since 2019 for two years at the Ministry of Education, Science and Technology, Government of Nepal. He is a young scientist awardee of Nepal Academy of Science and Technology (NAST) in the year 2017. Besides these, he serves as an expert member various technical and steering committee formed by Government of Nepal. He has authored more than 30 peer-reviewed journal papers, essays, technical reports and articles in the popular press. Mr Mahabir Pun is the Chair Person of National Innovation Center, Kirtipur, Nepal. Mr Pun is the founder of Nepal Wireless Networking Project and is popular as the man who brought WiFi to the Himalayas. He was born in a remote mountainous village of Nangi in Myagdi district of western Nepal. As the village did not have proper facilities for education, Pun’s father moved the family to Chitwan where he finished his high school and then worked as a teacher for 12 years.

Pun got an opportunity to pursue graduate studies in the US at the University of Nebraska, Kearney. After completing his Master’s degree in Education in 2001, Pun returned to his village with a vision to provide educational opportunities to rural children so that they did not have to undergo the struggle that he had been through in his childhood. He joined the local leaders in establishing the village high school and taught computer classes with four used computers donated by visitors from Australia.

Dr Bijaya Pant obtained her M.Sc. degree in Botany from Tribhuvan University in 1991, and Ph.D. degree in Biotechnology from Hiroshima University, Japan in 1997. Her major fields of interest are plant tissue culture, development of micro-propagation technologies, synthetic seed and metabolite production in culture for their commercial utilization. Prof. Pant is engaged in different aspects of medicinal orchid research, their germplasm conservation, mass propagation, transfer them from lab to land, and investigating anticancer properties of various medicinal orchids. Prof. Pant has research experience in various projects funded by national and international organizations and has completed six research projects as a principal investigator. She has supervised 53 M.Sc. dissertations and one Ph.D. student. She is currently supervising three Ph.D. students. She has published more than 70 papers in national and international journals/publications and authored three books. 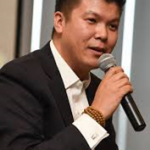 Beside his academic achievement, he was awarded with the first ever Lord Glenamara International Scholarship in recognition of his efforts in improving public health and the environment through volunteering. His worked and education earned him the International Student of the Year 2006 award in the UK. He was further honored by Northumbria university by establishing 20 scholarships for Nepalese students under his name “Tshering Lama Northumbria University Scholarships” from 2006 to 2013.

Dr Lama was the Country Director for Childreach Nepal- a local charity works in partnership with local communities to help improve children’s access to healthcare, education, and child rights and protection in Nepal. Since the establishment the charity has reached out to more than 213,000 children in Nepal. After the earthquake struck in April 2015, Dr. Tshering Lama has been leading the way in the Sindhupalchowk district to ensure that children can return to education as part of the #TaughtNotTrafficked campaign (www.taughtnottrafficked.com).

Dr Lama strongly believes in Public Private Partnership and practicing Evidence Based Practice to creating new knowledge while making difference. Dr Lama is one of the creator and implementor for the Idea Studio Nepal: a platform to encourage and empower entrepreneurs to solve social and economic issues faced by the country and also leads the Graduate Students Research Grant, supporting 20 graduate students towards their thesis and providing supervision in Nepal.

In 2015, Dr. Lama was selected by the World Economic Forum as a Young Global Leader. He is one of four Nepali’s to receive the honour. 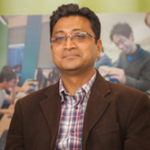 Dr Suresh Manandhar is an incoming Research Director and Managing Director in NAAMII, starting October 2019. Until September 2019, he was a Reader at Department of Computer Science, University of York, UK. He is generally interested in a wide range of topics related to natural language processing. These span grammar formalisms, constraint logics, constraint solving, machine learning, learning of lexical relations, question answering systems, minimally supervised learning of syntax, semantics and morphology. 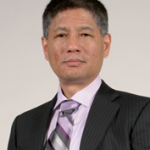 Dr Shesh Ghale is the CEO and co-founder of the Melbourne Institute of Technology. Dr Shesh Ghale undertook his initial tertiary education in the former USSR (1979 to 1986) graduating with a Master of Civil Engineering degree from the Kharkiv National Automobile and Highway University. He undertook his studies on a Nepalese Government scholarship and, on returning to Nepal, worked as a highway project engineer for the Nepalese Government’s transport department.

Dr Ghale relocated to Melbourne in 1990 to undertake further studies and to settle his family in Australia. He graduated from Victoria University in 1994 with a Master of Business Administration.

He is actively involved in Melbourne’s business and commercial life and has a passionate commitment to education. He is the Chief Patron and Past President of Non-Resident Nepali Association. 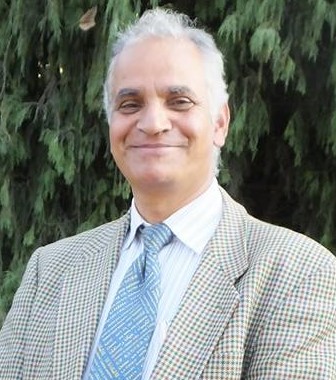 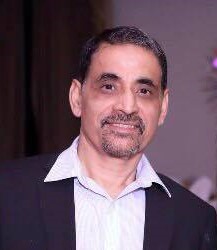