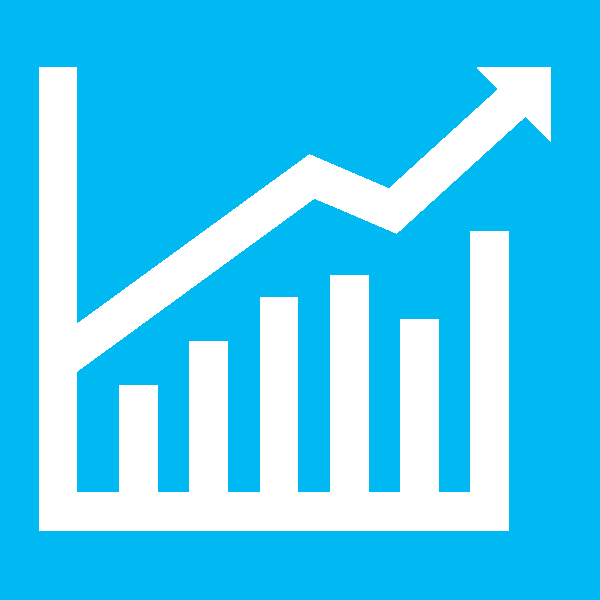 The outbreak of Coronavirus disease in the pandemic scale has introduced global economy concerns. To break the chain of its transmission, governments around the world have imposed strict restrictive measures that have led to the collapse of global economy. It has impacted Nepal’s economy especially in tourism industry, hospitality, employment, service sectors and export industry; however, it has also opened up opportunities in other sectors such as agriculture, energy, infrastructure, health and soft industries, science and technology; and innovation. In this context, we willdiscuss how Nepal’s economic polices ought to change to reduce economic impact of this and similar future disasters. We will focus on how to achieve economic recovery, financial stability and fiscal sustainability, andbring back business confidence to increase employment and productivity. This session will be organized in collaboration with the National Planning Commission of Nepal. 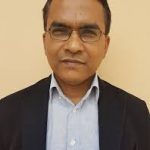 Dr Bishwo Poudel is an economist with specialization in natural resources economics, labor economics, and economic history. He holds a PhD in Agricultural and Resource Economics from the University of California at Berkeley. Currently he is the Economic Advisor to the International Labor Organization (ILO) and a Visiting Associate Professor at Kathmandu University School of Management. Dr. Poudel is also a member of the Board of Director of Middle Tamor Hydropower Company (73MW).  In the past, he served as a member of the Board of Director of Sanima Bank. His other past experiences include, among others, working as an economist with the Office of Millennium Challenge Nepal and advising the Vice Chairman of National Planning Commission. He has published articles in noted journals, and presented papers at national and international conferences. Dr. Poudel is one of the noted young economists in Nepal and contributes to Nepali media on economic issues frequently. 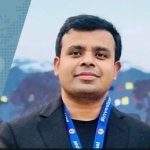 Mr Ranjeet Mahato is presently working as a Group CFO in an investment company established as a holding conglomerate carrying out its activities through telecommunication, banking and real estate business in Europe, Asia, Africa and CIS Countries. He is representing as member of Board of Director in a number of telecom companies in South East Asia and East Africa.

Ranjeet Kumar Mahato is a fellow member of the Association of Chartered Certified Accountants (ACCA), UK and a member of the Institute of Certified Public Accountants of Cyprus (ICPAC). He is a Chartered Certified International Tax Analyst (CITA), qualified from Thomson Jefferson School of Law San Diego, USA and also holds certificate from the Institute of Directors (IoD), UK.  Mr. Mahato holds Master’s Degree in Business Administration (MBA) from European Cyprus University, Nicosia. He is in the last year of finishing off his PhD in FDI at Neapolis University, Cyprus.

Mr Mahato has more than 10 years of experience with one of the largest audit firm in Cyprus primarily dealing with M & A, structuring and re-structuring, international tax planning, corporate & fiduciary services and estate planning.

Mr. Mahato is a member of International Coordination Council (ICC), “Trade and Investment Promotion Nepal Committee” and “Financial Sustainability Committee” of Non-Resident Nepali Association (NRNA). He was the co-ordinator of Financial Investment Policy session organized under 1st Knowledge Convention in Nepal in 2018 by NRNA.

Dr Yuba Raj Khatiwada is a Nepali politician and the former Minister for Finance and Minister for Information and Communications. He is presently the special economic advisor of the Prime minister of Nepal, with minister-level authority. He was a nominated member of Nepal Assembly. He previously served two tenures as vice chair of National Planning Commission and as the fifteenth Governor of Nepal Rastra Bank, the central bank of Nepal. He served as the Spokesperson of Government of Nepal after the resignation of Gokul Banskota. He has also served as senior economist for United Nations on a mission to Sri Lanka for two years between his tenure at the National Planning Commission and Governor of the Central Bank.

He is honored with prestigious national awards such as the Suprabal Gorkha Dakshin Bahu (2001), Sukirtimaya Rastra Deep (2013) and Prasiddha Prabal Jana Sewa Shree (2016) conferred by the Right Honorable President of Nepal for his outstanding contribution to the development of Nepal in his different capacities. Prof Dr Puspa Raj Kadel, Ph.D, is the Vice Chairman of National Planning Commission, Government of Nepal since 24th April 2018. Prof. Kadel has expertise in the field of Planning, Political economy, Public economics, Fiscal decentralization and local development, Financial Administration, Financial transparency and good governance. He has the experiences of working with National Development Council, Government of Nepal (2012), Task force formed by Ministry of Finance to have study about the formation of Revenue Advisory Board(2009), Revenue Advisory Committee( 2009 to 2011), Team formed by Ministry of Industry to reframe Industrial and Foreign Investment Policies (2008), Macro-Economic Management Advisory Committee, Establishing Economic Policy Network, Ministry of Finance/Asian Development Bank(2003/04), Task force formed by Government of Nepal to suggest the measures for mitigating the problems due to increase in VAT rate from 10-13 percent (2005), High Level Tax System Review Task Force, Government of Nepal (1994) as member. He has also served as a Budget Expert in Ministry of Finance and as a Revenue Expert in Decentralization Execution and Monitoring Working Committee, Government of Nepal (2003/04). He has also served as board member in different public enterprises. He was the chair of a development bank from 2011-2018.

Prof Dr Kadel has published many articles in different Journal and authored books related to Public Economics and Political Economy focused on Public Finance, Fiscal Federalism, Tax Reform and so forth. He has presented papers in various national and international seminars. 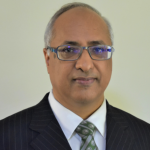 Prof Dr Shobhakar Dhakal  is Dean and Professor of School of Environment, Resources and Development at the Asian Institute of Technology in Thailand. His areas of expertise are energy and climate policy, energy-economy-environment modelling, climate change mitigation and the sustainable cities.

Prof Dhakal is also a Coordinating Lead Author of Inter-Governmental Panel of Climate Change’s Sixth and Fifth Assessment Reports. He serves in the Steering Committee of the Global Carbon Project – a premier scientific program under the Future Earth.

Prof Dhakal has Ph.D. from The University of Tokyo. Prof. Dhakal is activity engaged in international research and policy network and 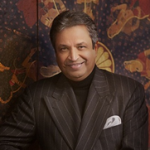 Dr Binod Chaudhary is the chairman of Chaudhary Group, Nepal and CG Corp Global, a multi-dimensional conglomerate with a complementary business portfolio that comprises over 190 companies on five continents and in 28 countries.  Mr Chaudhary is emerge a billionaire — the only one from the Himalayan republic listed by Forbes.

Below are some of Chaudhary’s most notable positions: 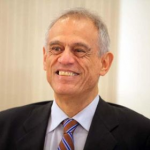 Studied Economics at the London School of Economics (BSc, 1967) and received his Doctorate from Wayne State University in the USA (1972). From 1972 to 1975 he worked at the Central Bank of Cyprus and the Bank of Cyprus. In 1975, he joined the World Bank where he covered a broad range of sectors in Africa, Latin America and East Asia and retired in 2004 as a Department Director. In September 2005, was appointed Minister of Finance, serving until the change in government in March 2008. From January †o August 2012, he was Chairman of the Board of Directors of Marlin Popular Bank, and in March 2013 became again Minister of Finance for a brief period to negotiate Cyprus’s adjustment pro9ram. Since then, he has been lecturing and consulting. 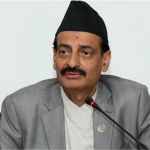 Mr Joshi is also a managing director in Kantipur College of Management & information Technology (KCMIT) and president of Bir Ganeshman Academy. He was the executive producer of Bir Ganeshman, a movie depicting life and time of late Ganeshman Singh. 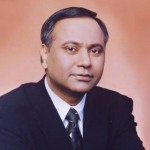 Dr Upendra Mahato is a well-known philanthropist and international entrepreneur with business ventures in many European, African and Asian countries. He is the Founding President and Chief Patron of International Coordination Council of Non-Resident Nepali Association. In addition, he is the President of Russia-Nepal Chamber of Commerce and Industry and the Honorary Consul General of Nepal to the Republic of Belarus. He holds a PhD and a DSc degree in hydro-power and soil mechanics. 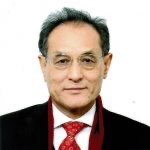 Mr. Bhim Krishna Udas, newly appointed Ambassador of Nepal assumed his responsibility in Yangon on 26 May 2017, and presented his credentials to H.E. U Htin Kyaw, President of the Republic of the Union of Myanmar on 27 June 2017, accrediting as Ambassador Extraordinary and Plenipotentiary of Nepal.

Prior to this assignment, Mr. Udas served for the United Nations system for 30 years, from January 1981 to December 2010, in 8 different countries namely, Pakistan, Rome (Italy), Armenia, Geneva, Jordan, Russia, Myanmar and Lesotho (in order of service). Of them, he served as WFP Country Director and Representative in five countries including, Myanmar from 2003-06.

In Geneva, Mr. Udas covered emergency operations of the World Food Programme globally for coordination and dissemination of information to other UN and international organizations. He also covered the conferences of ECOSOC and WHO and ILO Assemblies.

In WFP headquarters Rome, Mr. Udas was responsible for two regional emergency operations dealing with Afghan refugees and the 1991 Gulf crisis. Mr. Udas was engaged in two development projects for 8 years in Nepal, prior to joining the UN system.Mr. Udas graduated with a Bachelor of Arts degree from the Tribhuvan University in Nepal, and a Master degree in International Relations from the University of Peshawar, Pakistan in 1983. He attended a leadership crisis course in Kennedy School of Management, Harvard University, Boston, USA in 2005.

Mr. Udas was honoured with humanitarian medal by the Government of the Russian Federation in 2003, for rendering humanitarian services to the Chechen IDP operations.

Mr. Udas was the Founder of the Non-resident Nepali Movement started in 2002, and the Founder President of the Association of former International Professionals of the Multilateral Organizations established in Nepal in January 2015. 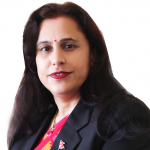 Mrs Yam Kumari Khatiwada  is currently the Secretary at Ministry of Women, Children and Senior Citizen for the Government of Nepal. She has been serving for more than 24 years in various capacities within the government. Prior to her current appointment, she was the Secretary at Ministry of Industry, Commerce and supplies, Secretary at National Information Commission and Regional Administrator of Western Development Region of Nepal. She has also served as Joint Secretary at Industrial Promotion Division in the Ministry of Industry for more than seven years, dealing with the policy issues of the Industrial sector under various responsibilities such as project Chief of Special Economic Zone, National Program Director of Micro Enterprise Development Program, Chairperson of Cottage and Small Industrial Development Board, and Coordinator of Nepal Business Forum, among others. She has published many articles in several national media outlets on contemporary issues. Ms. Khatiwada obtained her Master’s degree in Public Policy and Management from KDI School of Public Policy and Management, South Korea. She has also completed MPA, MA and Bachelor’s in Law from Tribhuvan University Nepal. 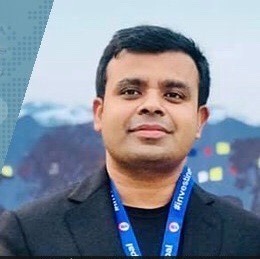 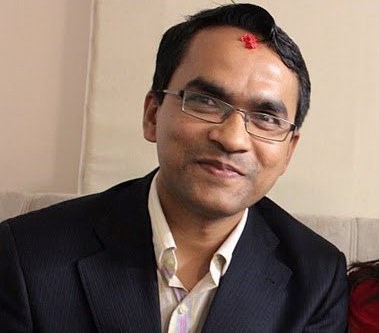